The Era of Seat Based Subscription Billing is Nearing its End

In a recent KPMG survey of technology industry business leaders, it was predicted that Cloud computing and the Internet of Things (IoT) are to be two of the most disruptive technologies which will drive business transformation in the enterprise over the next three years in the United States. 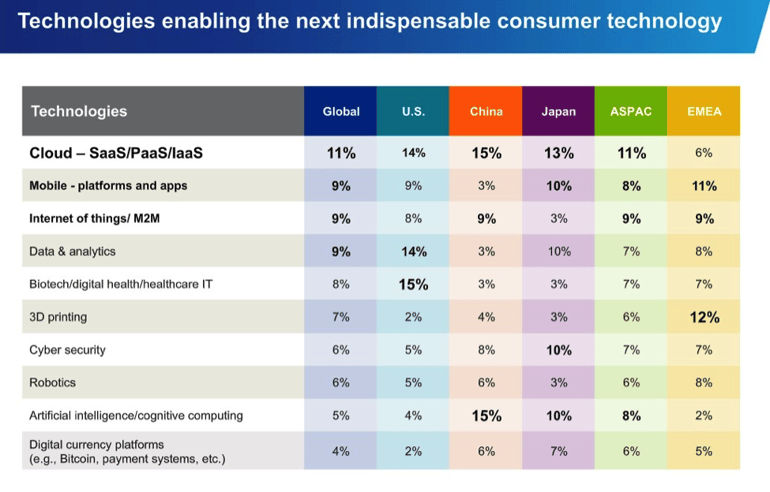 The adoption of cloud services has traditionally been dominated by small to medium-sized businesses who were looking to reap the benefits of rapid innovation and reduced costs.  The promise of the cloud has opened the flood gates for SaaS vendors to enter the market and begin to take away market share from premise-based companies who were up until now reluctant to embrace the cloud for fear of losing out on the large sums of revenue they were generating from their enterprise customers.  These companies have come to grips with the reality that the cloud is now mainstream and they must adopt an “as-a-Service” model to not only attract new customers but to retain existing ones.

We can site two such examples of mature premise-based markets starting to fuel the notion of cloud now becoming fully mainstream.

In the world of customer contact centers, recent IDC estimates highlighted that revenues for on-premise-based solutions are shrinking at a compound annual growth rate of -0.8% from 2016 to 2020 whereas the Contact-Center-as-a-Service (CCaaS) market will be experiencing a growth rate of +22.9% over that time.

The advancement of cloud computing technologies from the likes of Amazon AWS and Microsoft Azure has helped businesses gain a better understanding of the true benefits of cloud-based services where the traditional model of upfront licensing, hardware installation, and maintenance costs are replaced with a combined subscription billing and usage-based business model.

When it comes to monetizing cloud-based services we have come to expect tiered subscription billing models whereby customers subscribe to a recurring contract for services based on the level of functionality and usage required by the customer with options for upselling. 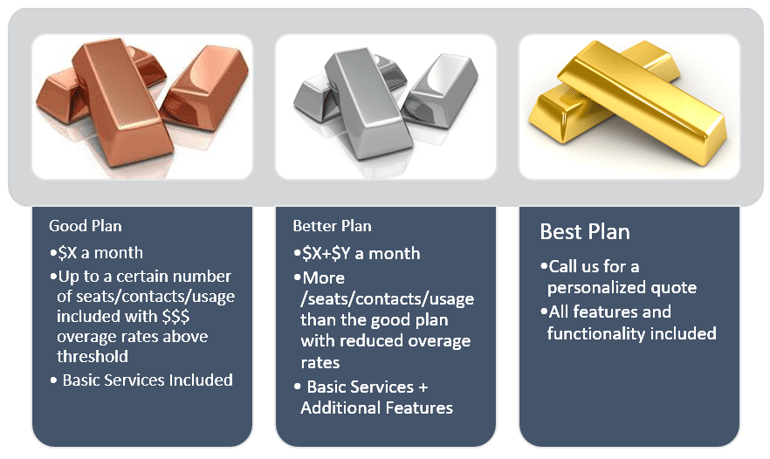 The model that investors love is one that treats the initial sale as a gateway to a recurring, monthly, or annual subscription.  Consumers are already used to paying recurring fees for services like mobile networks and overage charges for excessive data being billed in arrears.  This model now appears in many B2C and B2B contexts.

But what choice do users have when they don’t want to lock in for an annual subscription or a monthly subscription with term-based contracts? What if the customer cannot calculate a Return on Investment on a medium to a long-term contract?  If the customer is looking to use a product or service on a short-term basis or is unsure of the value proposition, then a pay-as-you-go model can be used to attract new customers and begin building a customer relationship.

Businesses may be apprehensive to launch such a proposition for a few reasons:

The subscription model starts failing when the customer does not need or have a desire to pay for what you offer in your good, better, best plans. Having an ‘a-la-carte’ pay-as-you-go offering puts the users in control of the costs and ultimately their choices.  The freedom to choose lends itself to a positive customer experience which in turn helps build customer loyalty and strengthens your ability to retain your user base over the long haul.

While Amazon may not be on the Gartner Magic quadrant for CCaaS, they certainly look ready to disrupt the establishment with a pricing model that eliminates long-term subscription contracts and replaces them with more flexible usage-based pricing models that allow contact centers to subscribe on a pay as you go basis. Customers simply pay by the minute for Amazon Connect usage plus any associated telephony services.  In addition, the company provides a free tier of service usage every month so customers can actually get up and running with the service for free!

Amazon has also implemented pay-as-you-go pricing for its UCaaS offering called Amazon Chime. The service charges a fixed amount per user per month with no upfront commitments.  You can upgrade, downgrade, or cancel your subscription at any time.

The Rise of the Machines! What do you do when the user is no longer a human?

The results from the KPMG study above also highlight the growing impact of artificial intelligence and the IoT.  Both of these technologies are heavily reliant on HUGE volumes of processing data to help tackle problems that would typically be done by people.

You can’t sell seat licenses to a machine, can you?

To monetize the IoT, companies need a way to effectively correlate revenues with usage data.  Selling a flat subscription in order to help convert what was once a one-time selling model into a recurring customer relationship is still necessary, especially in many B2C IoT contexts or in certain verticals whereby the cost to deliver the service over the network is negligible, but it is not sufficient.

There isn’t really a concept of a subscription in Usage-Based Insurance.  All of the telematics usage data from the vehicle is used to calculate a driving score which then is combined with historical usage data to determine the next month’s premium.

More and more models will keep appearing – IoT is still nascent but it is safe to assume that with all the data that is going to be generated it’s safe to assume that the monetization of IoT will be directly related to the usage of the devices and the outcomes they produce.

The cloud is only continuing to evolve

The next phase of its evolution comes in the form of artificial intelligence (AI).  Many of the first applications of AI and the cloud can be found in the contact center arena whereby systems that can understand languages and applications such as chatbots and digital service agents are replacing current interactive voice response units.  These next-generation voice-responsive AI systems are replacing humans when it comes to handling customer requests from simple banking queries to ordering a pizza.

Why should an organization be paying seat licenses when the costs associated with having the machines do all the work are associated with when and how often they are used?  Think about it... In order for AI to help aid organizations in their quest to provide better customer service, they are going to need to store more and more data for their machine learning algorithms to better understand their customer's behavior and needs.  So the value metric businesses are going to associate with AI-driven customer care is actually based on how often these applications are used.

Maybe Amazon is just that smart and is already starting to price for what is inevitable. To learn more about usage-based billing and how to prepare yourself for what's coming next, click below to speak with a member of our team.

Ryan is a seasoned telecommunications expert with a broad background in both the service provider and software vendor sides of the business. Ryan is currently responsible for worldwide sales at LogiSense. During his tenure, Ryan has held executive level positions including Senior Sales Executive, and Director of Sales. In these roles, he has provided strategic sales, product, and market guidance for our next generation IP service management solutions.